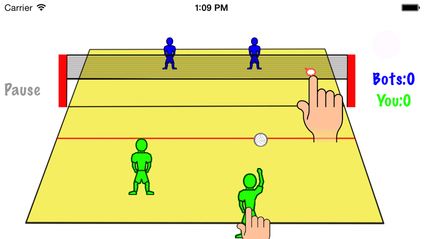 You only control the bottom right player during play. Serve by grabbing and dragging the player behind the end line.

Release to toss the ball.

Then tap where you'd like to serve the ball to -- but wait until the ball is within arm reach of the player animation. 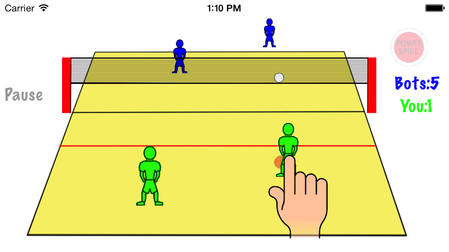 Drag the player to the red dot, which indicates where the ball will land. Your player will pass the ball if you reach the ending position in time. Be careful not to pass the balls going out of bounds!

Set the ball in the same way. Drag the player to where your partner set the ball. 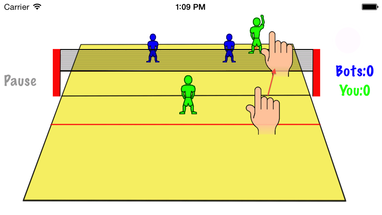 Jumping
Jumping: Drag the player to the net and release to start the jump animation.

Hitting: While your player is in the air and almost within reach of the ball, tap where you'd like to hit it. Likely somewhere in the other team's court. 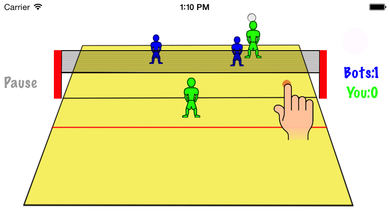 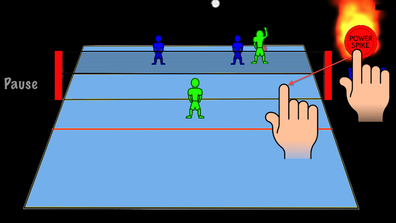 Every 5 points that you score will earn you a "Power Spike". This spike slows down time when it's grabbed and let's you hit a FIREY SPIKE at the opponents. Your opponents will move much more slowly and shouldn't be able to reach the ball, but don't hit it directly at them or they still may pass it!

To use the POWER SPIKE: While you are in the air to hit, quickly grab your POWER SPIKE icon. Drag it to where you want to hit the ball and release. 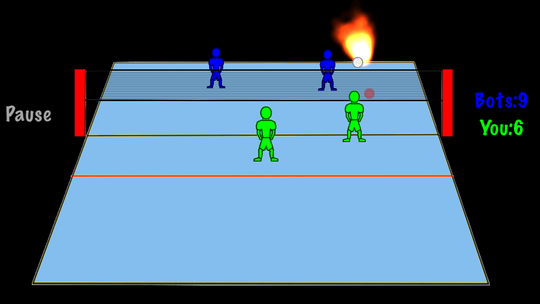